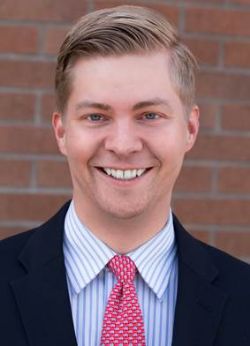 Harry Niska is an experienced counselor and advocate for businesses and individuals.

He has extensive litigation experience representing plaintiffs and defendants in trial and appellate courts across the country in a variety of commercial disputes, including contract, fraud, and antitrust litigation. He also frequently advises political candidates, party units, and other organizations on issues of campaign finance and election law.

Prior to joining Howse & Thompson in 2018, he practiced for several years at Kirkland & Ellis in Chicago and Ross & Orenstein in Minneapolis. In addition to his private practice experience, he has also served twice as a law clerk on the U.S. Court of Appeals for the Eighth Circuit: first as a law clerk to Judge Roger L. Wollman from 2005-2006, and later as a clerk to Judge David R. Stras when he was elevated to the Eighth Circuit in 2018.

Areas of practice include:

Litigating in the Wake of a Class Action: How to Maximize Your Client’s Interests, Hennepin County Bar Association (Dec. 15, 2015) (with Matt Veenstra).

The European Union TRIPS over the U.S. Constitution: Can the First Amendment Save the Bologna That Has a First Name?, 13 Minn. J. Global Trade 413 (2004).

Connect with us for a Case Evaluation